On May 17th 2018, just after his 70th birthday Hans Erik Johnsen passed away. 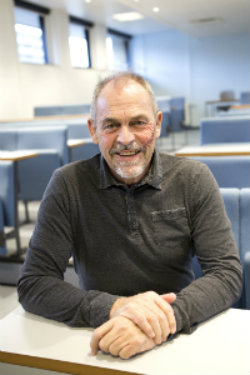 Hans Johnsen was Professor of Clinical Haematology at the Department of Haematology at Aalborg University in Denmark. He was trained as a specialist in Internal Medicine and Haematology in Aarhus University, where he also completed his PhD thesis, entitled: “Lymphocyte subpopulations in man. Identification by membrane markers and functional characterization”. This interest in Lymphoid biology and neoplasms would guide his scientific development and career.
Hans has had major contributions to the European Myeloma Network. He was a founding member, board member and secretary of “European Myeloma NetworK” (EMN) from 2004. In 2007 he became the coordinator of the European Myeloma Stem cell Network (MSCNET), funded by EU FP6. He has coordinated numerous scientific projects and grants, published 286 scientific articles in peer-reviewed journals and supervised more than 50 PhD and Master students. He was still actively pursuing scientific questions and presented interesting data at the recent Myeloma Workshop in Torino.

Hans Johnsen was a great scientist and an original investigator. He was also a friendly and pleasant person and collegue. It was an honour and pleasure to work with him. His contributions to the founding and development of the European Myeloma Network have been significant and essential for its current success. Our sympathy goes to his family and friends.

Read More >
No events yet
We use cookies to ensure that we give you the best experience on our website. If you continue to use this site, you agree to our use of cookies.OkPrivacy policy