Multiple myeloma is a rare and highly heterogeneous hematologic malignancy, and the clinical research certainly plays a fundamental role in the management of patients with this disease. To deal with such a complex scenario, in 2009, a group of European hematologists pull together to increase their understanding of multiple myeloma and to produce effective research projects and clinical trials. These efforts resulted in the creation of the European Myeloma Network (EMN). According to the recently updated bylaw in 2017, the network board is composed of renowned experts in the hematologic field: Pieter Sonneveld from the Netherlands (Chairman), Mario Boccadoro from Italy (Secretary), Jesus Fernando San Miguel Izquierdo from Spain (Member),  Herman Cristoph Einsele from Germany (Member), Meletios Athanasios Dimopoulos from Greece (Member), and Heinz Ludwig from Austria (Member). 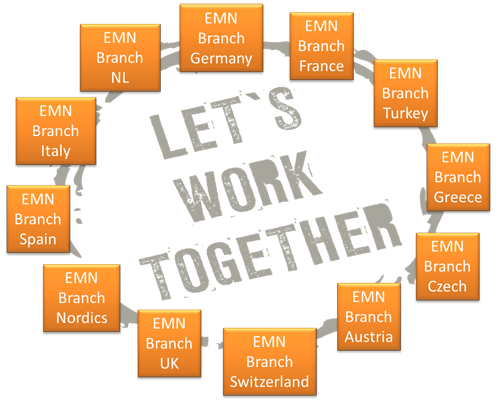 We use cookies to ensure that we give you the best experience on our website. If you continue to use this site, you agree to our use of cookies.OkPrivacy policy